Database Principles and Use

Note: This lesson is in beta status! It may have issues that have not been addressed.

What good is a database?

For a team of researchers implementing a collaborative workflow, the top three reasons to use a database are:

In this lesson, the term “database” more precisely means a relational database that allows data manipulation with Structured Query Language (SQL). Strictly speaking, the word “database” describes any collection of digitized data–a distinction that has mostly outlived its usefulness. 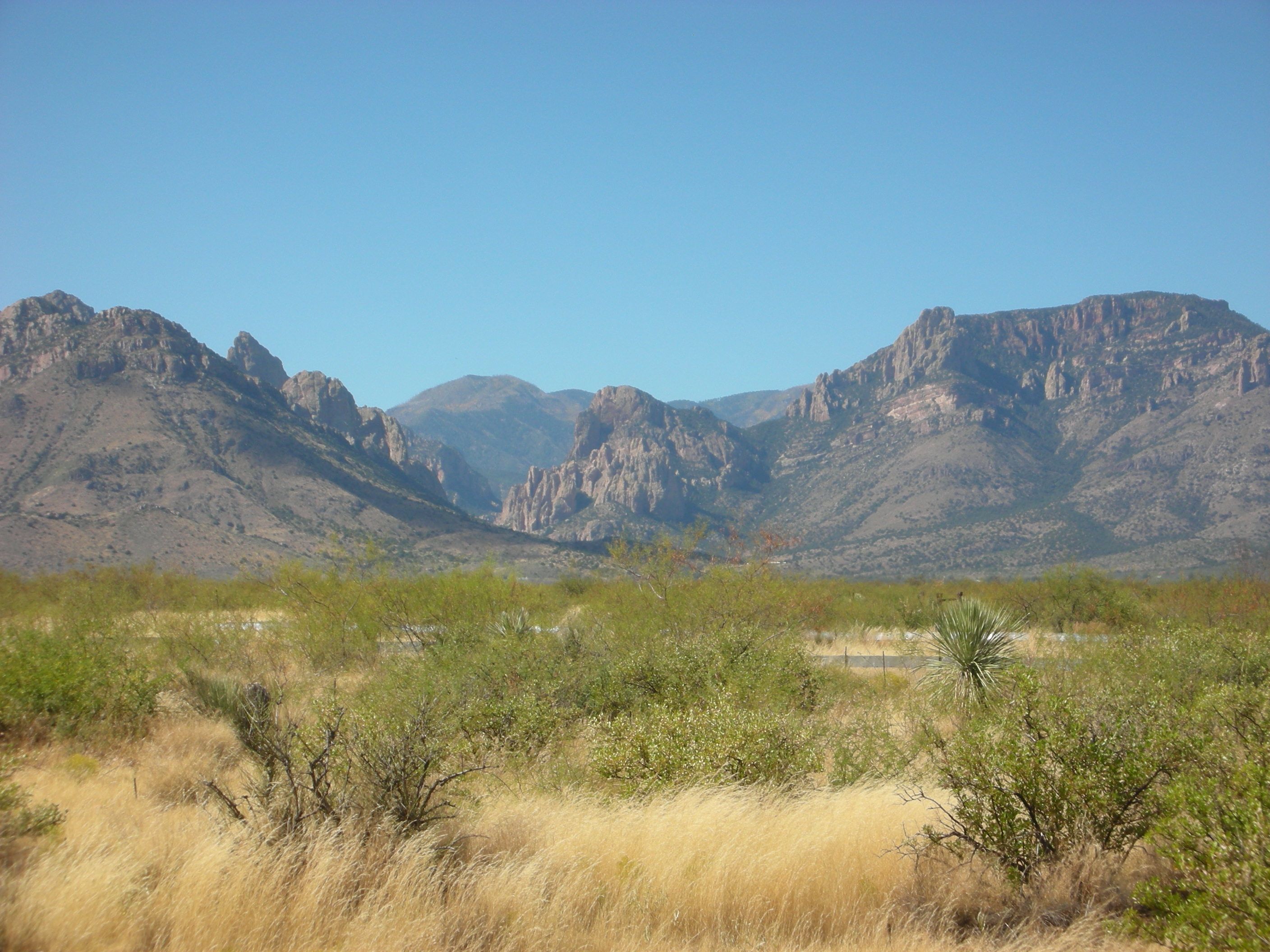 The Portal Project is a long-term ecological study being conducted near Portal, AZ. Since 1977, the site has been a primary focus of research on interactions among rodents, ants and plants and their respective responses to climate. 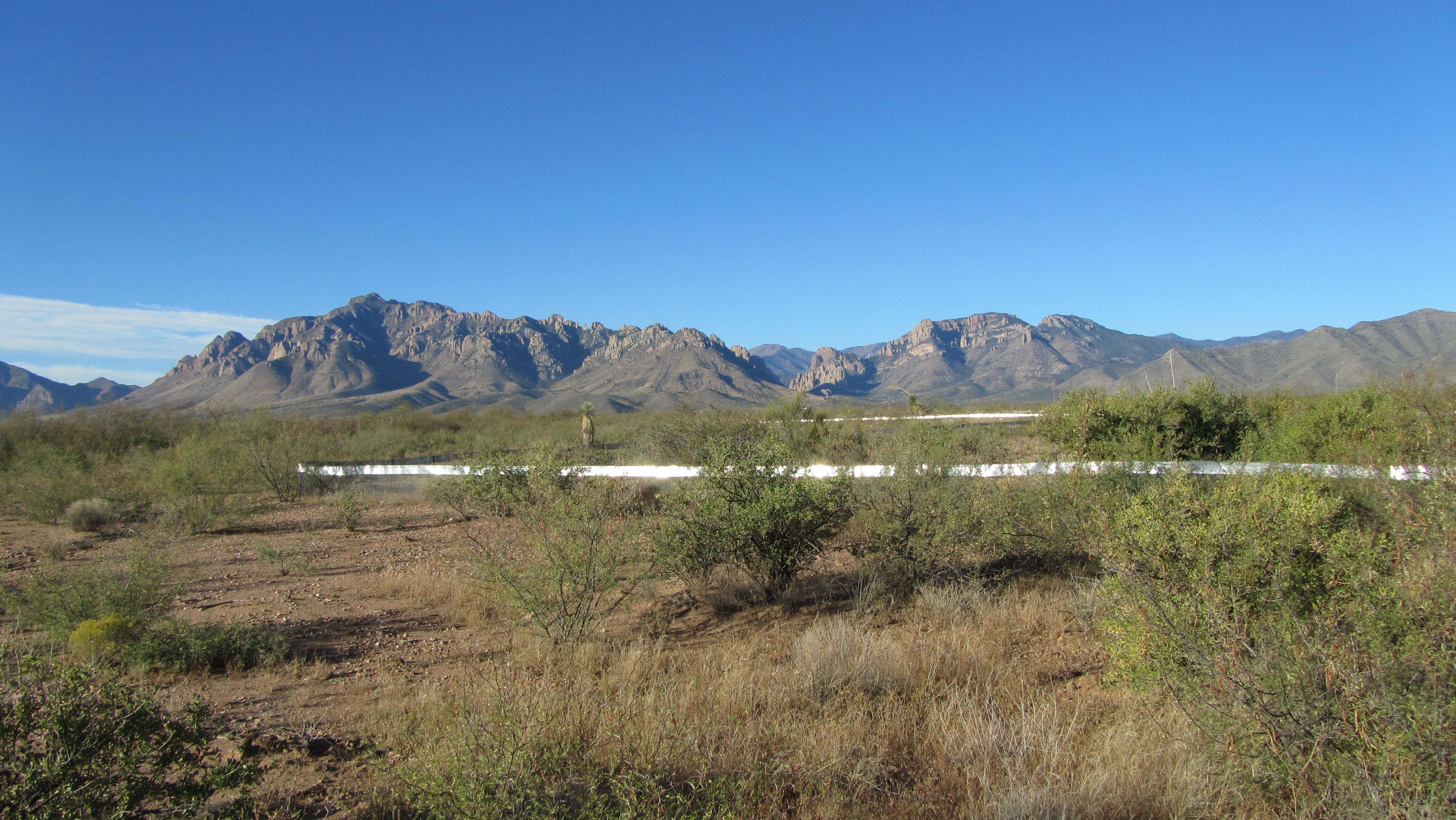 The research site consists of many plots – patches of the Arizona desert that are intensively manipulated and repeatedly surveyed. The plots have some fixed characteristics, such as the type of manipulation, geographic location, aspect, etc. 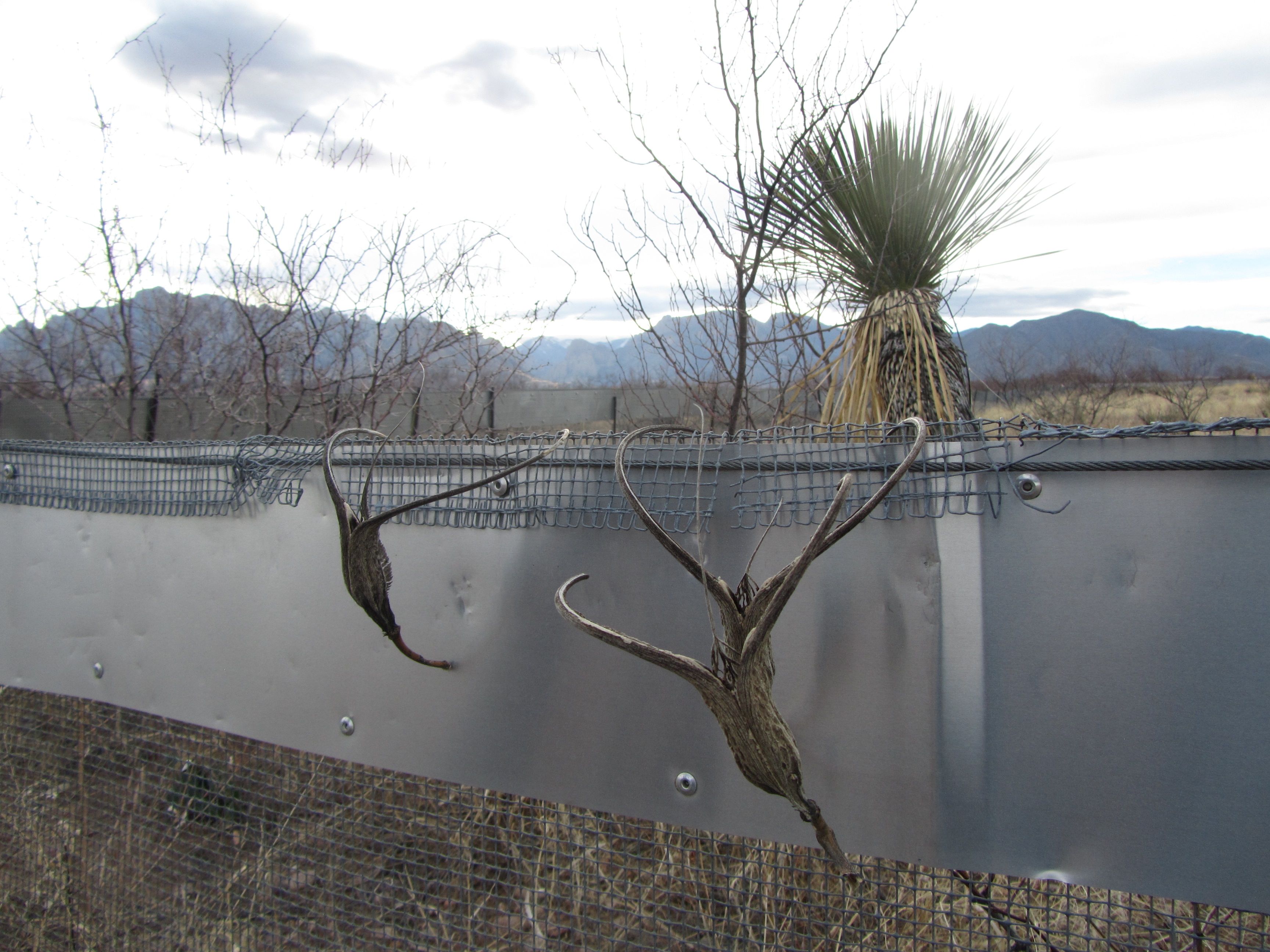 The plots have a lot of dynamic characteristics, and those changes are recorded in repeated surveys. In particular, the animals captured during each survey are identified to species, weighed, and measured. 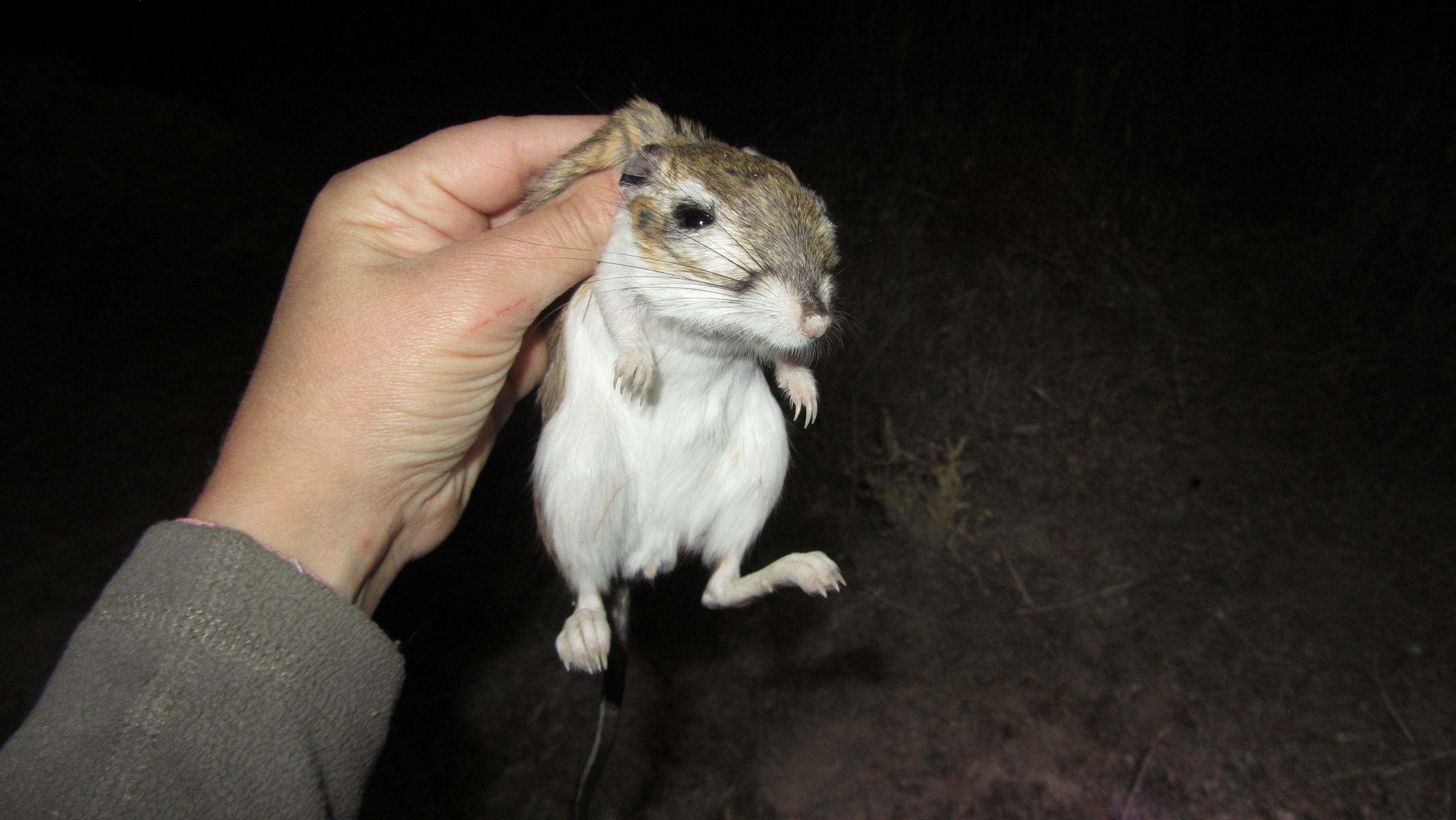 Data from the Portal project is recorded in a relational database designed for reliable storage & rapid access to the bounty of information produced by this long-term ecological experiment.

This lesson uses real data, which has been analyzed in over 100 publications. The data been simplified just a little bit for the workshop, but you can download the full dataset and work with it using exactly the same tools we learn today.

The three key tables in the relational database are:

Database terminology builds on common ways of characterizing data files. The breakdown of a table into records (by row) or fields (by column) is familiar to anyone who’s worked in spreadsheets. The descriptions below formalize these terms, and provide an example referencing the Portal mammals database.

Software for using a database provides different tools for working with tables than a spreadsheet program. A database is generally characterized as being tooled for production environments, in contrast to data files tooled for ease of use.

SQLite databases are not directly comparable to client/server database systems because they store data locally. Although this can provide greater simplicity and ease of use, it may require more coordination among collaborators.

Connecting to a Database

We are going to look at the Portal mammals data organized in an SQLite database. This is stored in a single file portal.sqlite that can be explored using SQL or with tools like SQLite Viewer or DB Browser. We will use R functions in the DBI-compliant RSQLite package to interact with the database.

The first step from RStudio is creating a connection object that opens up a channel of communication to the database file.

With the connection object availble, you can begin exploring the database.

Read an entire database table into an R data frame with dbReadTable, or if you prefer “tidyverse” functions, use the dplyr tbl function.

The dbWriteTable function provides a mechanism for uploading data, as long as the user specified in the connection object has permission to create tables.

Returning to the bigger picture and our comparison of storing data in files as opposed to a database, there are some concepts that only apply to databases. We have seen that databases include multiple tables—so far, that’s not so different from keeping multiple spreadsheets in one MS Excel workbook or in multiple CSV files. The collection of tables in a relational database, however, can be structured by built-in relationships between records from different tables. Data is assembled in the correct arrangement for analysis “just in time” by scripting database queries that join tables on these relationships.

In the plots table, id is the primary key. Any new record cannot duplicate an existing id.

Recreate the observers table with id as a primary key; this will prevent the duplication observed from multiple identical dbWriteTable calls.

When appending a data frame to the table created with “integer primary key”, the id is automatically generated and unique.

Primary keys are checked before duplicates end up in the data, throwing an error if necessary.

A field may also be designated as a foreign key, which establishes a relationship between tables. A foreign key points to some primary key from a different table.

In the surveys table, id is the primary key and both plot_id and species_id are foreign keys.

To enable foreign key constraints in sqlite run the following:

Foreign keys are checked before nonsensical references end up in the data. To enable foreign key constraints in sqlite run the following:

Structured Query Language (SQL) is a high-level language for interacting with relational databases. Commands use intuitive English words but can be strung together and nested in powerful ways. SQL is not the only way to query a database from R (cf. dbplyr), but sometimes it is the only way to perform a complicated query.

To write SQL statements in RStudio, it is also possible to use the sql engine for code chunks in a RMarkdown file:

We will continue to use R functions to pass SQL code to the database file using dbGetQuery functions.

Let’s write a SQL query that selects only the year column from the animals table.

A note on style: we have capitalized the words SELECT and FROM because they are SQL keywords. Unlike R, SQL is case insensitive, so capitalization only helps for readability and is a good style to adopt.

The line break before FROM is also good form, particularly as the length of the query grows.

Or select all of the columns in a table using a wildcard:

We can use the LIMIT statement to select only the first few rows. This is particularly helpful when getting a feel for very large tables.

If we select more than one column, then the distinct pairs of values are returned

We can also do calculations with the values in a query. For example, if we wanted to look at the mass of each individual, by plot, species, and sex, but we needed it in kg instead of g we would use

The expression weight / 1000.0 is evaluated for each row and appended to that row, in a new column.

You can assign the new column a name by typing “AS weight_kg” after the expression.

Expressions can use any fields, any arithmetic operators (+ - * /) and a variety of built-in functions. For example, we could round the values to make them easier to read.

The underlying data in the wgt column of the table does not change. The query, which exists separately from the data, simply displays the calculation we requested in the query result window pane.

Databases can also filter data – selecting only those records meeting certain criteria. For example, let’s say we only want data for the species “Dipodomys merriami”, which has a species code of “DM”. We need to add a WHERE clause to our query.

Of course, we can do the same thing with numbers.

More sophisticated conditions arise from combining tests with AND and OR. For example, suppose we want the data on Dipodomys merriami starting in the year 2000.

Parentheses can be used to help with readability and to ensure that AND and OR are combined in the way that we intend. If we wanted to get all the animals for “DM” since 2000 or up to 1990 we could combine the tests using OR:

Proper use of table relationships is a challenging part of database design. The objective is normalization, or taking steps to define logical “observational units” and minimize data redundency.

For example, the genus and species names are not attributes of an animal: they are attributes of the species attributed to an animal. Data about a species belongs in a different observational unit from data about the animal captured in a survey. With an ideal database design, any value discovered to be erroneous should only have to be corrected in one record in one table.

Question
Currently, plots is pretty sparse. What other kind of data might go into plots?
Answer
Additional properties, such as location, that do not change between surveys.

A good data management principle is to record and store data in the most normalized form possible, and un-tidy your tables as needed for particular analyses. The SQL “JOIN” clause lets you create records with fields from multiple tables.

Consider for example what you must do to carry out a regression of animal weight against plot treatment using the R command:

You need a “data.frame” called portal with rows for each animal that also includes a “treatment” inferred from “plot_id”.

Additionally suppose you want to account for genus in this regression, expanding the previous R command to:

You need another column for genus in the portal data.frame, inferred from “species_id” for each animal and the species table.

There are two kinds of relations–schemas that use primary and foreign key references–that permit table joins:

The primary key in the first table is referred to multiple times in the foreign key of the second table. 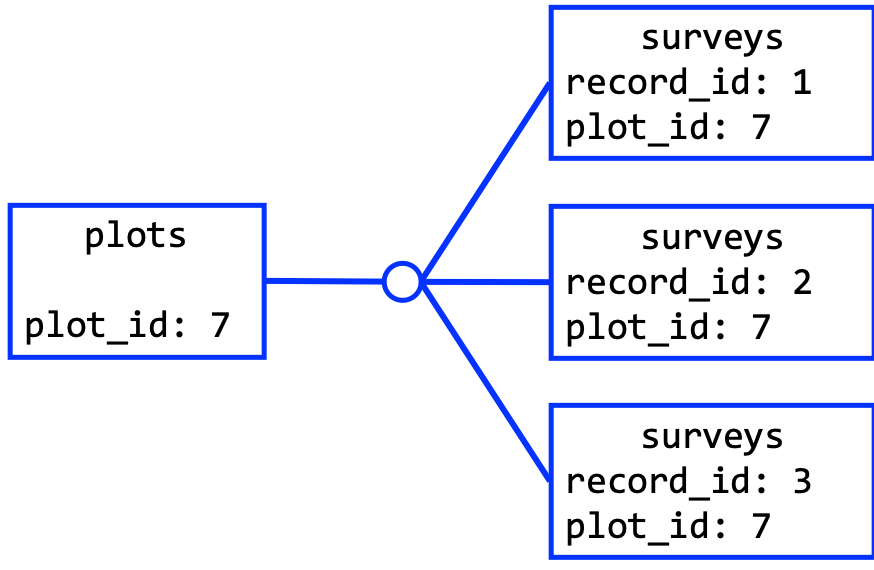 The SQL keyword “JOIN” matches up two tables in the way dictated by the constraint following “ON”, duplicating records as necessary.

The resulting table could be the basis for the portal data.frame needed in the R command lm(weight ~ treatment, data = portal).

Surveys is an “association table” because it includes two foreign keys.

The resulting table could be the basis for the portal data.frame needed in the R command lm(weight ~ genus + treatment, data = portal).

Databases are a core element of a centralized workflow that requires simultaneous use by multiple members of a collaborative team. A server- based database such as Postgres will allow you to take advantage of concurrency features that prevent data corruption.

The ability to precisely define keys and data types is the primary database feature that guaranties reliability. As you develop scripts for analysis and vizualization, certainty that you’ll never encounter a “NaN” when you expect an Integer will prevent, or help you catch, bugs in your code.

The third major feature to motivate databae use, scaleability, remains for you to discover, using the tools from this lesson. Very large tables can be queried, sorted and combined quickly when the work is done by a powerful relational database management system (RDBMS), such as PostgreSQL.